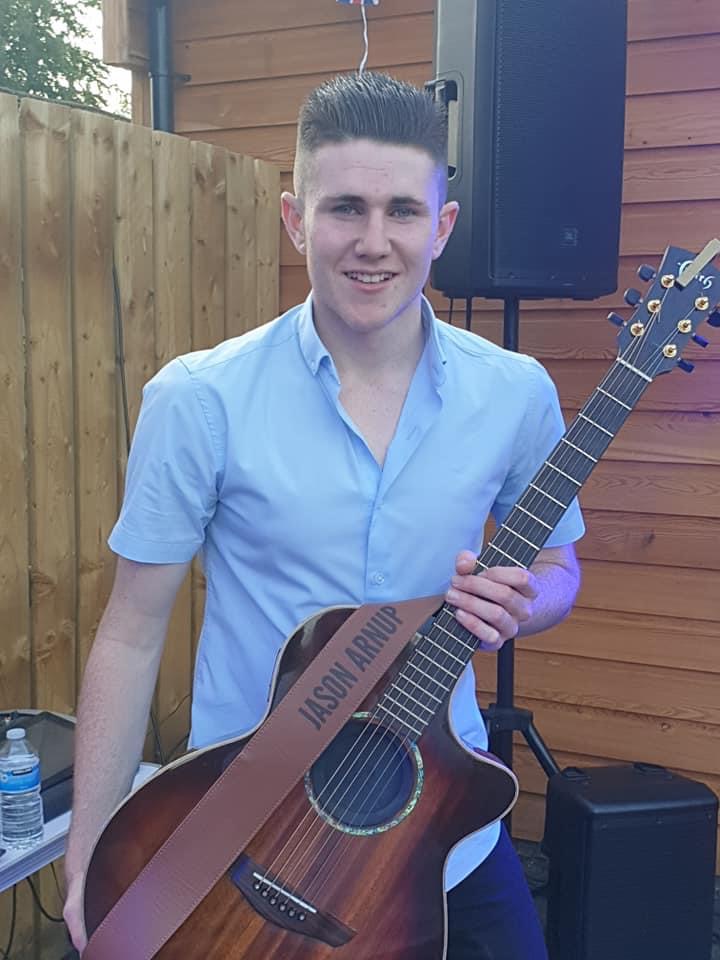 Jason was born 7th June, 2002.
He had a love for music at a young age, he started playing guitar at the age of 6. His main artists he looks up to are Elvis Presley, Michael Bublè, Nathan Carter and Josh Turner. In September 2017 Jason started solo giging in pubs and clubs.

Since June 2018 Jason discovered more the type of voice he had, and looks to keep working on it in the coming years.

Jason is best known for singing country although he adds a slight Rock n Roll twist, to his songs, and is definitely one to get to crowd going with his confidence and stage presence.

Jason released his first ever debut single in July 2020 called All Over Now which got him a slight publicity boost after all live events had been cancelled due to the covid-19 world pandemic.

At such a young age Jason is looking to build a career out of music, and is very excited for the next few years ahead…

For bookings & other enquiries